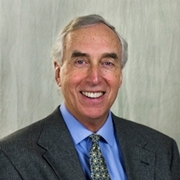 In the autonomic nervous system the final neurons that innervate end organs are grouped in autonomic ganglia. Ganglionic neurons are sites of integration of efferent and sensory synaptic signals into a coordinated regulation of multiple end organs whose function is often diverse. My research interests are in the properties of sympathetic ganglia and the relationship of the characteristics of individual neurons to the regulation of the cardiovascular and gastrointestinal systems. To understand how the sympathetic ganglia regulate and coordinate vascular and gastrointestinal function we are asking the following questions: