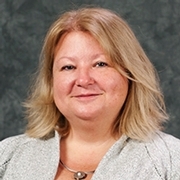 Diabetic retinopathy is today the leading cause of acquired blindness among young adults. The background stages of diabetic retinopathy are believed to lead to the advanced, sight-threatening stages of the retinopathy as a result of a progressive decrease in perfusion of the retinal vasculature. Histologic analysis of retinal areas that were non-perfused in vivo has indicated that non-perfused vessels are acellular. How capillary cells die is unclear, but recent studies suggest that surrounding cells that have become activated by hyperglycemia release pro-inflammatory cytokines which induce cell death in retinal capillary cells. For example, Müller cells wrap around the retinal vasculature maintaining proper blood barrier function in the retina; thus any cellular damage and dysfunction caused by elevated glucose levels in this particular cell type will certainly affect the microvasculature.
Recent Findings: Hyperglycemia promotes the development of diabetic retinopathy, but the mechanism by which hyperglycemia causes this retinal disease remains unclear. Dr. Mohr’s laboratory is focused on identifying the role of the acute phase, pro-inflammatory cytokine interleukin-1β (IL-1β) in the development of diabetic complications with special emphasis on the eye. IL-1β is made by caspase-1, an enzyme which is primarily involved in production of the pro-inflammatory cytokines such as IL-1β (and interleukin-18), but has also been associated with cell death induction. The laboratory has identified that chronic inflammation associated with the development of diabetic retinopathy is mediated and maintained via an auto-inflammatory mechanism. Autoinflammation within retinal cells and tissue occurs due to caspase-1/IL-1β feedback signaling. Hyperglycemia seems to be the initial stimulus for caspase-1 activation and subsequent IL-1β production in retinal Müller cells. Once IL-1β is produced, it activates its own maker caspase-1 in an autocrine fashion leading to an increase in its own production. This feedback signaling becomes seemingly independent from its initial hyperglycemic stimulus. In vivo studies confirmed that autoinflammatory mechanisms are dependent on IL-1β feedback signaling. IL-1β feedback signaling also causes the movement of the glycolytic enzyme glyceraldehydes-3-phosphate dehydrogenase (GAPDH) from the cytosol to the nucleus. The function of nuclear GAPDH is poorly understood but has been associated with cell death induction as Dr. Mohr’s laboratory has recently demonstrated. Overall, the activation of the caspase-1/IL-1β signaling pathway is crucial for the development of diabetic retinopathy and inhibition of this particular pathway is a potential new strategy to prevent or even treat the disease.
Therefore, the ongoing research is aimed:(1) to identify how the caspase-1/IL-1β pathway is activated by hyperglycemia, (2) to understand the effect of IL-1β driven autoinflammation within the tissue on diseases development and progression, (3) to examine the role of GAPDH in retinal inflammation and cell death, (4) to investigate how elevated glucose levels effect cross-talk between retinal Müller and endothelial cell, and (5) to develop strategies to inhibit the caspase-1/IL-1β pathway in order to prevent and/treat diabetic retinopathy in the future.