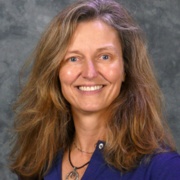 Over 34 million Americans have decreased bone mass and an additional 10 million are classified as osteoporotic (severe bone loss). Aging, disuse and disease contribute to decreased bone density and its associated increase in fracture risk. In the elderly, a bone fracture is strongly associated with depression and morbidity. Most therapies prevent bone resorption, while few are able to enhance bone formation. By taking an integrative approach to examine bone adaptation to diseases (such as diabetes and inflammatory bowel disease), my lab is working toward identifying mechanisms regulating bone formation by osteoblasts. Approaches include examination of transcription factor activity, intracellular signaling pathway activation, stem cell lineage selection, apoptosis, metabolism and immune system contributions utilizing cell culture systems, animal models and human imaging. We are also developing therapeutics to target our identified mechanisms/pathways to increase bone formation.

Type I (T1)-Diabetes: Improved glucose monitoring and insulin delivery methods allow T1-diabetic patients to live longer lives but increase the risk of complications from extended exposure to diabetic conditions. Bone loss is an overlooked complication that is evident in T1-diabetes and may affect more than 50% of males and females with this disease, and more than 20% of patients age 20-56 meet the criteria for being termed osteoporotic (having significantly low bone density). This means that T1-diabetic women and men are entering menopause and old-age with already reduced bone density and an increased risk of fractures, which can be associated with depression, dependency and decreased lifespan. Our studies have determined that in addition to bone loss there is an increase in bone marrow fat in streptozotocin induced T1-diabetic animal models (Botolin et al., 2005), which is also evident in spontaneously diabetic mouse models (Botolin and McCabe, 2007). This may be the result of bone marrow stem cells (which can become osteoblasts or adipocytes or other cell types) maturing into adipocytes at the expense of osteoblasts. We have shown that males and females exhibit the bone loss and it is evident in all bones including the skull (Martin et al., 2007). We also demonstrated that inhibition of PPAR (a transcription factor important in adipocyte differentiation) does not prevent T1-diabetic bone loss but does prevent induced marrow adiposity (Botolin et al. 2006). The use of insulin receptor knockout and selective knockin mice indicates that a lack of insulin receptor signaling cannot completely account for T1-diabetic bone loss (Irwin et al., 2006). Current and future studies are directed at cell culture, animal model, and human study approaches to identify the altered signaling pathways involved in T1-diabetic bone loss so that we can restore normal function and prevent bone loss. This would allow T1-diabetic patients to live long lives with strong healthy bones; thereby improving both the quality and length of life.

Inflammatory Bowel Disease: Inflammatory bowel disease (IBD) affects as many as 1.4 million people in the United States and is the most common chronic gastrointestinal illness in children and adolescents. IBD is a risk factor for bone loss and can reduce bone growth (critical functions needed early in life to attain maximum bone strength and height). To develop and/or choose optimal treatments, the mechanisms that contribute to IBD bone pathology in children must be identified. Studies in humans are confounded by interfering actions of steroids and other therapies used to treat IBD and by the lack of bone histology and architecture studies needed to accurately assess osteoblast, chondrocyte, osteoclast and trabecular versus cortical bone pathologic-adaptation. To address this need, my lab is examining the mechanisms of IBD (by pharmacologic and bacterial approaches) induced bone loss. Results will determine contributing factors to and potential therapies for IBD induced bone loss.

Development of Potential Therapeutics: Hip and knee joint implants are used in more than 1,500,000 operations each year. In collaboration with faculty from Chemistry and Engineering, my lab is applying our basic knowledge about anabolic pathways to enhance bone fracture and implant healing. We are examining surface responses, manipulation of surface structures and effects of growth factors on the success of implant integration. In addition, we are testing therapies for bone loss under conditions of disease.